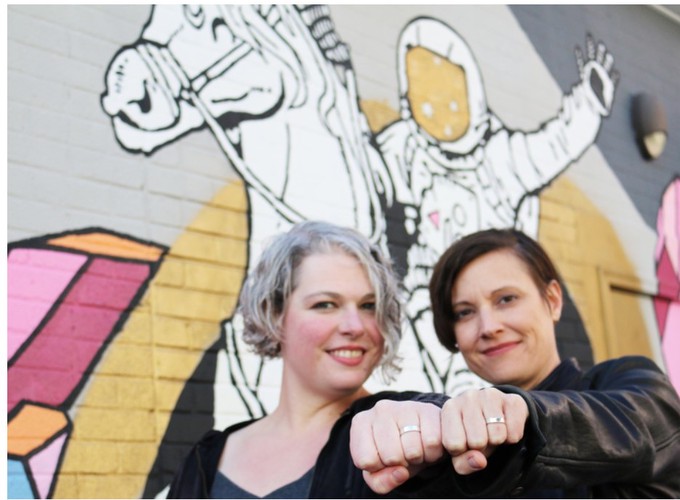 50 Years on, Many Years Past:Bibliography of Sexuality

The rapid change in legal rights of same-sex couples to marry, from state laws to the Supreme Court decision in 2015, sparked an increase in legal commitments among LGBTQ+ couples. Many couples never expected to be able to legally marry in their lifetime. As same-sex marriage moves into the mainstream of U.S. society, we need to tell the stories and capture the feelings of those who have experienced this radical change in their own lives.

The Marriage Equality Collection, held at the Kinsey Institute Library and Special Collection, includes audio and video files, photographs, historical documents and ephemera representing experiences of same-sex couples married in the decade of legal marriage in the U.S. The collection particularly focuses on the experience of couples in Indiana, but is open to nearby localities.

I’m an archivist, a public historian, an author, a researcher, and a knowledge organizer.